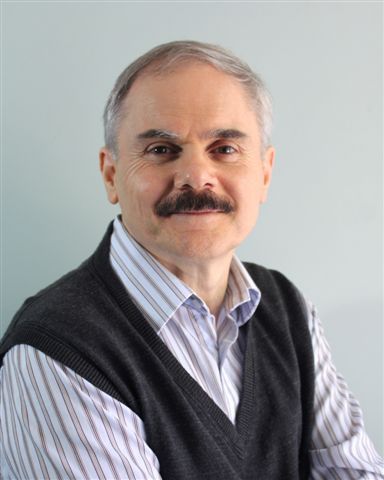 Free and open to the public. A reception will follow. 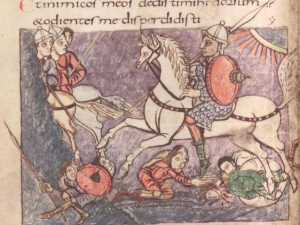 This symposium brings together scholars of Carolingian Europe (ca. 700-ca. 900 CE) and its historical afterlives in a forum for cultivating creative, critical engagement with the medieval past. During the Carolingian era, the Franks and their allies shaped many of medieval Europe’s political and religious institutions, social structures, cultural and intellectual traditions, and collective identities. Indeed, Charlemagne (768-814) is recognized today as one of the medieval world’s most significant rulers, and even regarded by some as the “Father of Europe” (pater Europae). His reign witnessed not only the political unification of much of western and central Europe into a single empire for the first time since the end of Roman rule in the west, but also a dramatic program of religious reform and cultural renaissance. Carolingian political, economic, and cultural contacts extended throughout Europe and as far as the Middle East during this era. Throughout subsequent medieval centuries, Europeans frequently looked back to the Carolingian Empire as a model to emulate in their own times. Nevertheless, the Carolingian Empire today often remains synonymous with forms of intellectual and cultural conservatism that render the period little more than a bridgeway between antiquity and medieval Europe proper, an era that merely preserved and structured the ancient world’s classical and Christian legacy for later Europeans.

In the interest of questioning these assumptions, the 2017 Marco Symposium gathers experts in the fields of history, art history, literature, and religious studies for the purpose of rethinking Carolingian Europe and its afterlives with a new emphasis: experimentation. The focus of the symposium is two-fold. First, how did the Carolingians and those working in their tradition engage in forms of cultural, intellectual, religious, social, literary, political, or military experimentation in order to change their world? “Experiment” is taken here in the broadest sense to encourage the uncovering of previously unknown phenomena as well as the creating of fresh perspectives on well-known aspects of the past. Second, what experimental methodologies, theoretical approaches, hitherto unimagined questions, and alternative literary forms might today’s scholars use to discover, illuminate, and write about these Carolingian experiments? The focus of the presentations and discussions will be to consider new possibilities for research and for conceptualizing this time period and its afterlives with the twin goals of transforming non-specialists’ perceptions of Carolingian history and medieval history in general, and of encouraging among scholars some radical and creative rethinking of their subject and approaches.

Program: All sessions will take place in the Great Room of the UT International House (1623 Melrose Ave.). The full program is available here.

Parking & Getting Around Campus: General information from UT Parking Services about guest parking can be found here. Please note that there is a lot of construction taking place on and around campus right now, so you may want to give yourself a little extra time to find your way around. You can also take a look at our interactive campus map here.

Additional Information: If you would like to request a printed name badge, or if you have any general questions about the event, please email our Program Coordinator at marco@utk.edu.