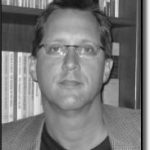 Robert Bast’s book chapter, “The Ten Commandments and Pastoral Care in Late-Medieval and Early Modern Europe: An Inquiry into Expectations and Outcomes” appeared in The Ten Commandments in Medieval and Early Modern Culture, ed. Youri Desplenter, Jürgen Pieters, and Walter Melion (Brill, 2017). Additionally, Bast co-edited a special issue of the University of Toronto’s journal Renaissance and Reformation, commissioned to mark the 500th anniversary of the Lutheran Reformation: Robert Bast and Andrew Gow, (eds.), “Piety and Conflict in the Early Reformation,” Renaissance and Reformation/Renaissance et Réforme 40.4 (2017). Bast’s contribution to that volume explores the role of the weaver Utz Richsner in the social unrest that helped the evangelical movement rise to prominence in Augsburg: “Utz Richsner and the Ideology of the Schilling Uprising in Augsburg, 1524.” Now at press is his article “The Messianic Kingship of Augustin Bader as Anti-Habsburg Polemic: Prophecy and Politics in Reformation Germany,” appearing in Marya Green-Mercado, ed., “Speaking the End Times. Prophecy and Messianism in Early Modern Eurasia.” Journal of Social and Economic History of the Orient 61.1 (forthcoming Spring 2018). 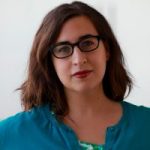 Gina Di Salvo presented her ongoing research on English saint plays at three conferences: “Beyond Reformation: St. Dunstan on the Elizabethan Stage” at the Shakespeare Association of America Conference (Atlanta, April 2017); “‘At Feastiuals/On Ember eues, and Holidayes’: Pericles and the Medieval Saint Play” at ICMS (Kalamazoo, May 2017); and “Extraordinary Virginity: The Problem of Repertoire and Repertory on the Stuart Stage” at the American Society for Theatre Research conference (Atlanta, November 2017). Her review of the Folger Consort production of The Second Shepherd’s Play recently appeared in Theatre Journal (69.4 December 2017). In June 2017, she participated in a Rare Book School course at the Beinecke Library at Yale University on “The Books of the Plays: Shakespeare & Print.” 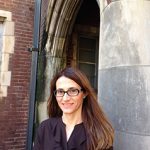 In spring 2017, Mary Dzon presented a paper at the International Congress on Medieval Studies in Kalamazoo, Michigan. The title of her paper was “The Pardoner’s Trip to Rome, City of Relics, Indulgences, and Powerful Images.” In June, as a short-term fellow, Professor Dzon conducted archival research at the Huntington Library in San Marino, California. In July, she presented a paper at Durham University at the joint meeting of the John Gower Society and the Early Book Society. Her paper, “Comme cil q’est toutpuissant: Miracles as Cause for Joy in Gower’s Life of the Virgin Mary” is related to her current book project on the Virgin Mary. Her book The Quest for the Christ Child in the Middle Ages appeared in Penn’s The Middle Ages Series in January 2017. In October 2017, Mary Dzon and her students in a class on Medieval and Renaissance women writers took a trip to the Special Collections in Hodges Library where the students had a chance to examine facsimiles of Books of Hours and related materials. 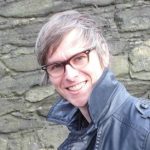 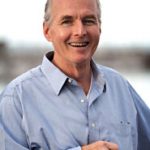 Thomas Heffernan retired from UT in December 2016, after a long career as a professor in the English department and as the founding director of the UT Humanities Center. He continues to publish, most recently, “The Legacy of Misidentification: Why the Martyrs in the Passio Sanctarum Perpetuae et Felicitatis were not from Thuburbo Minus,” in the Journal of Early Christian History 6.3 (2017): 126-151. Heffernan has also completed two longer essays: “Dying to Become Gods: Deification in the Passion of Perpetua and Felicity,” in Deification in the Latin Patristic Tradition, ed. Jared Ortiz, Catholic University of America Press (forthcoming), and “Ius conubuii or concubina: The Marital and Social Class of Perpetua in the Passio Sanctarum Perpetuae et Felicitatis,” which he submitted to Analecta Bollandiana: Revue critique d’hagiographie (under review as of September 2017). 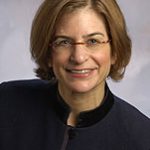 Heather Hirschfeld was pleased to see two essays, both on the 17th-century play The Revenger’s Tragedy, appear in print. “The Critical Backstory,” appeared in The Revenger’s Tragedy: A Critical Reader (Bloomsbury, 2016), and “‘Wildfire at midnight’: The Revenger’s Tragedy and the Gunpowder Plot,” appeared in the Review of English Studies (2017). She participated in the Shakespeare Association of America Conference in April and delivered a paper on “Shakespeare and Urban Infernalism.” She served as Vice-President of the Southeastern Renaissance Conference. Hirschfeld was honored to receive a Chancellor’s Grant for Faculty Research, which gives her time to research her next project on “The Resources of Hell: Infernal Metaphor and Meaning in Early Modernity.” 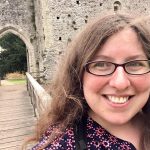 Katie Hodges-Kluck produced work in both the academic and public humanities. In the latter category, her op-ed piece “Trump, Comey and the ‘meddlesome priest’” appeared in the Knoxville News Sentinel (25 June 2017). In the former, November 2017, she presented a paper on “Dynastic Authority and Royal Legitimacy in Angevin Views of the Past, Present, and Future” and chaired the New Research Forum at the international Haskins Society Conference in Chapel Hill, NC. Her article, “Canterbury and Jerusalem, England and the Holy Land, c. 1150-1220,” is forthcoming in Viator 49.1 (2018). 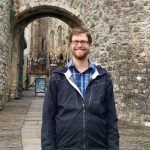 Stefan Hodges-Kluck successfully defended his dissertation, “Philosophical Self-Presentation in Late Antique Cappadocia,” in December 2016. In April 2017, he attend a conference in Potchefstroom, South Africa, to present a paper on “Dressing for the Divine: Emperor Julian on Priestly Robes and Philosophers’ Cloaks.” In May 2017, he presented at the annual meeting of the North American Patristics Society in Chicago, on “Stoic Endurance and Episcopal Authority in Gregory of Nyssa’s Account of Macrina’s Funeral.” For the 2017-2018 academic year, he is serving as a postdoctoral lecturer in the history department, teaching the first half of the world history introductory course. 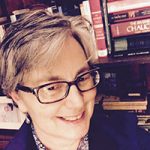 Laura Howes has contributed an essay to the Modern Language Association’s volume, Approaches to Teaching the Middle English Pearl, edited by Jane Beal and Mark Bradshaw Busbee (forthcoming in 2018). Her essay, “Teaching the Language of Pearl,” outlines several techniques for the general medieval literature classroom, as well as for more specialized courses dealing primarily with Middle English texts. She has recently taught Pearl—a dream-vision written by the same anonymous author as the more famous Sir Gawain and the Green Knight—in her fall 2017 graduate class. It will also figure into her spring 2018 advanced undergraduate class, Introduction to Middle English. Professor Howes has stepped down from her administrative role as associate head of English, but remains active with several committees on campus. 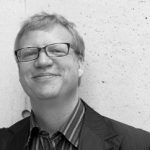 Gregor Kalas presented his work on three-dimensional digital reconstructions of architecture at a panel on digital reconstructions at the International Congress on Medieval Studies at Kalamazoo. Kalas contributed a paper to the annual meeting of the Medieval Academy of America in Toronto with the title, “Burials and the Repair of Buildings in Sixth-Century Rome: Evidence from the Epitaphs of S. Maria Antiqua.” Kalas also presented his research at other venues, including the annual meeting of the Society for Biblical Literature in San Antonio and an international conference on the eighth century sponsored by the Freie Universität, Berlin. Kalas, together with Ann van Dijk of Northern Illinois University, is currently editing a collection of essays that will feature papers from the 2016 Marco Symposium, with the provisional title Reconsidering the Renewal of Rome after Antiquity: Urban Developments of Late Antiquity and the Middle Ages. 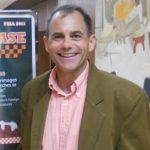 Gregory Kaplan published a book, La lingüística transdisciplinaria. El caso del origen del castellano (Linguistic Transdisciplinarity. The Case of the Birth of Castilian), in which he employs a transdisciplinary approach traditionally used in the sciences in order to reach groundbreaking conclusions regarding the birth of the Castilian language. He is also a member of the Marco Steering Committee. 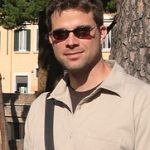 Jacob Latham published “Roman Rhetoric, Metroac Representation: Texts, Artifacts, and the Cult of Magna Mater in Rome and Ostia,” Memoirs of the American Academy in Rome 59/60 (2014/2015 [2016]), which examines the ways that the stigmatized galli, eunuch devotees of the Great Mother goddess, deployed the ‘weapons of the weak’ to resist elite Roman prejudice. 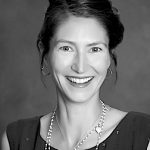 Sara Ritchey recently published an article titled, “Saints’ Lives as Efficacious Texts: Cistercian Monks, Religious Women, and Curative Reading, c. 1250-1330” in Speculum: A Journal of Medieval Studies 92.4 (October). She travelled to Vienna in June and July to conduct manuscript research with a Paul Oskar Kristellar Fellowship from the Renaissance Society of America. This past year, she has presented research at several academic conferences including the Renaissance Society of America, the Berkshire Conference of Women Historians, the International Congress on Medieval Studies, the American Association for the History of Medicine, and the American Academy of Religion. 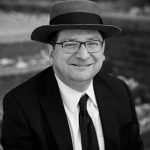 In addition to serving as director of Marco this year, Jay Rubenstein spent much of the year revising his forthcoming book with Oxford University Press, Nebuchadnezzar’s Dream, scheduled for publication in February 2019. He also had two journal articles see print after a long gestation, “Holy Fire and Sacral Kingship in Post-Conquest Jerusalem,” Journal of Medieval History 43 (2017) and “Crusade and Apocalypse: History and the Last Days,” Quaestiones Medii Aevi Novae 21 (2016). Most of May he spent in Paris researching a future project on the life and memory of St Bernard of Clairvaux. 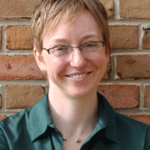 While Shepardson was sorry to see her NEH Fellowship year end, she is excited to be back with her students and colleagues. She spent a lot of last year working on her next book, reading sixth-century Syriac-language sources that tell us about the Christians who never accepted the religious orthodoxy decided at the Council of Chalcedon (451) in the late Roman Empire, and whose teachings survive today in the Syrian Orthodox Church. She continues to accept invitations to publish her research in edited volumes and is also co-editing a volume of early Syriac Christian sources that is under contract with the University of California Press. Last year, she accepted invitations to present her research in Lexington, San Antonio, and Chicago, and this year in Ottawa, Durham, North Carolina, and Boston. On campus, she is grateful to have received a Midcareer Research Award from the College of Arts and Sciences and to be named a Lindsay Young Professor for 2017-19. 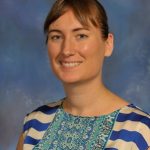 Alison Vacca published her first monograph, Non-Muslim Provinces under Early Islam: Islamic Rule and Iranian Legitimacy in Armenia and Caucasian Albania, as part of the Cambridge Studies in Islamic Civilization (Cambridge UP, 2017). Her article, “The Fires of Naxčawan: in Search of Intercultural Transmission in Arabic, Armenian, Greek, and Syriac,” was also published in Le Muséon (vol. 129 no. 2-3, 2016). She had the opportunity to present her research in Russia, Germany, and Scotland, as well as at the conference of the Middle East Studies Association and in Knoxville. She is finishing an edition and translation of an eighth-century Armenian history of the early Caliphate and spent the 2016-17 academic year at the UT Humanities Center working to understand a Muslim-Christian polemic embedded in this history. 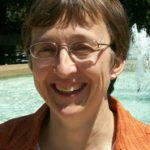 Aleydis Van de Moortel became head of the Department of Classics in academic year 2016-2017. She published an article titled “Politics of Death at Mitrou: Two Prepalatial Elite Tombs in a Landscape of Power” in a peer-reviewed volume Staging Death: Funerary Performance, Architecture, and Landscape in the Aegean, edited by A. Dakouri-Hild and M.J. Boyd (De Gruyter), in which she argued that the changes in settlement layout at Mitrou, Greece, were part of a deliberate strategy by Mitrou’s elite to create a socially encoded built landscape in order to legitimize and enhance its special status on a daily basis. She also published an article in the proceedings of the 13th International Symposium on Boat and Ship Archaeology held in Amsterdam in 2012, in which she proposed that the medieval “Utrecht-type” ships, or early hulks, originated in the Low Countries from the blending of traditional western European boatbuilding principles with those of the archaeologically attested Germanic newcomers during the migration period. Together with Merle Langdon, she published a preliminary analysis of some 200 Archaic rock-cut ship engravings found by Langdon in the area of Athens, Greece, in the International Journal of Nautical Archaeology (United Kindom). Aleydis gave an invited presentation on architectural practices at Bronze Age Mitrou as a key to understanding social changes at the Mycenaean Seminar series at the University of Athens, Greece. She also presented her work at various national and international conferences. During the summers she continues to co-direct the study seasons of the Mitrou Archaeological Project in Greece.