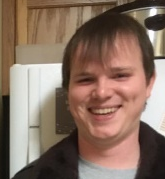 Michael A. Lovell is a fourth-year PhD History student of Late Antiquity and the Early Middle Ages. His dissertation, tentatively titled “A Dark-Age Enlightenment: Vital Reason in Frankish Culture and Statecraft, 400 CE – 900 CE,” concerns early medieval hyperrationalist ideology in the Frankish world, from approximately 400 CE to 900 CE. Michael focuses on how Gallic and then Frankish intellectuals conceived of rationality as a life-ethos and as a key element of enacting humanness in a fallen world, not just as a method of inquiry. Through this lens, he sketches out how elites used this vital reason to frame their understanding of themselves and of other religious groups (such as heretics, pagans, and Jews). These understandings of human nature trickled down, both by means of osmosis and church reform, through the instruments of the Frankish state and had a social impact on Christians and non-Christians of all stripes.