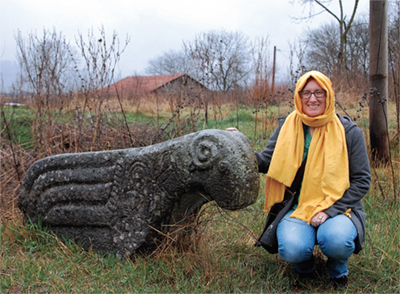 Chosen from among five finalists, Vacca’s book was recognized for “scholarly merit, argumentative scope, and felicity of style.” In it, Vacca meticulously reconstructs the worlds of eighth- and ninth-century Armenia and Caucasian Albania, Christian provinces at that time under to dominion of the Islamic Caliphate. Set as it is in a multilingual, dazzlingly complex frontier region, the work of Professor Vacca, who joined UT and Marco in 2014, is remarkable in the sophisticated, equal treatment it brings to both Arabic and Armenian sources. Described as “exciting, ambitious, and groundbreaking,” the book has already made a significant contribution to Islamic, Iranian, and Armenian history.