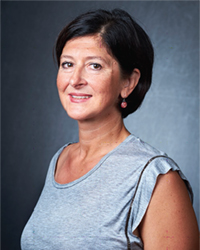 In the entire state of Tennessee, the National Endowment for the Humanities (NEH) selected only three recipients for its prestigious Faculty Fellowships. Two of the winners were Marco faculty—Anne-Hélène Miller of the Department of Modern Foreign Languages and Literatures and Sara Ritchey of the Department of History. These yearlong fellowships are highly competitive. In an average year, only six percent of applicants receive an award. Both Miller and Ritchey will use their NEH prizes to complete what promise to be major books in the field of medieval studies.

Miller looks forward to completing her monograph, The Formation of a Francophone Identity in Fourteenth-Century Literature. Miller is engaged in highly innovative work on the development of the French language in the Middle Ages. Her work emphasizes French as an international language, the vernacular not just of France, but of England, Italy, and the Crusader States. With accents on national identity and translation projects, her monograph promises to reshape the traditional narrative of French literature and bring entirely new texts into the canon. 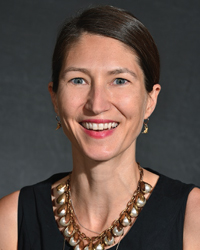 Ritchey will spend her time completing her book, Salvation is Medicine: Gender and the Caregiving Communities of Late Medieval Europe. In the book, Ritchey explores the healing practices and caregiving institutions of hundreds of thirteenth-century women in the southern Low Countries and northern France who lived in religious communities dedicated to providing charitable healthcare. Nuns and semi-religious women known as “beguines” served the daily health needs of their communities by acting as nurses to the sick, custodians to the dying, midwives, caretakers of lepers, and managers of hospices. Their practices of care and cure are recorded unsystematically in manuscripts, wills, and foundation charters that Ritchey’s book will bring together and interpret for the first time. Two great Marco scholars and two great books to look forward to reading!