The Lindsay Young Distinguished Visiting Senior Scholars program brings some of the world’s most eminent scholars to Knoxville to spend one to two weeks living near campus, working in the library, visiting classes, giving lectures, and getting to know our faculty and graduate students. Our 2016 scholars were James Palmer and Sergio La Porta. 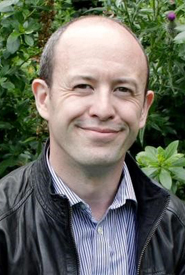 Our first distinguished visitor was James Palmer, co-director of the University of St. Andrews Institute for Mediaeval Studies. Professor Palmer is a specialist in Carolingian and Anglo-Saxon history and most recently published The Apocalypse in the Early Middle Ages (Cambridge University Press, 2014). During his nearly two-week visit in March, Professor Palmer spoke to fellows at the UT Humanities Center, participated in a faculty-graduate student research group on the Crusades, met with students informally as part of a graduate seminar taught by Professor Matthew Gillis of the history department, and gave a public lecture called “Climates of Crisis,” part of an ongoing project on the role of climate in medieval history.

“I hope this is the beginning of many collaborations between our institutes in Knoxville and Scotland,” says Professor Palmer. 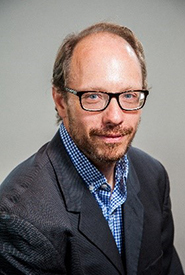 The second distinguished visiting scholar, Sergio La Porta, Haig and Isabel Berberian Professor of Armenian Studies at California State University, Fresno, arrived on campus in September. Professor La Porta is an expert on Christian-Armenian thought and culture in the period when Armenia was ruled by Muslims, and works with Armenian, Arabic, Greek, and Latin historical sources. In addition to delivering a public lecture called “Religious Conflict and Competition in 12th- and 13th-Century Anatolia,” he led a seminar discussion of medieval Christian-Muslim relations, spoke to an undergraduate course on Islam, met with graduate students, and collaborated with two UT faculty members, Alison Vacca and Thomas Burman, on an ongoing joint research project.