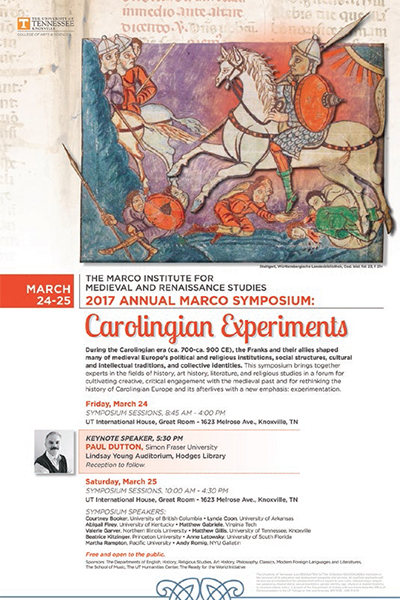 During the Carolingian era (c. 700–c. 900), the Franks and their allies shaped many of medieval Europe’s political and religious institutions, social structures, and intellectual traditions. The eponymous ruler at the heart of the Carolingian tradition, Charlemagne (768-814), is remembered as one of the Middle Ages’ most influential kings—regarded by some as the “Father of Europe.” Throughout subsequent centuries, Europeans frequently looked back to the Carolingian Empire as a model to emulate in their own times.