Including my MA and PhD programs, I’ve been an English lit graduate student—an early modernist—for going on five years, and I’ve never met a peer who is working on a scholarly edition as a dissertation project. I’m not saying that it never happens, especially among medievalists, but just that edition-dissertations seem to be unusually and inexplicably rare.

Graduate students on the path to professionalization are encouraged to familiarize themselves with contemporary debates in their disciplines and enter into the conversation, but too often this can mean following theoretical or methodological trends instead of creating new ones. When early modernists think of cutting-edge work, recent developments like humoral theory or distributed cognition come to mind, not the transcription of manuscripts.

But recently I’ve come to believe that one of the best ways that graduate students can make a solid intervention in a field is by doing the hard work of textual editing. As an example, I’ll tell the story of how I came to work on my current project.

Two years ago on a cohort trip to the Newberry Library, I stumbled across a manuscript that absolutely baffled me. It was bound in vellum, signed Francis Brydges, dated March 1678, and titled A Briefe Description of the Whole Babilonish, Assirian, Caldaican Empire. For about a hundred pages, Brydges narrated the history of the ancient Middle East, jumping between Biblical accounts, ancient sources like Herodotus and Diodorus Siculus, and more recent syntheses by Philipp Melanchthon and Walter Raleigh. Although Brydges wasn’t performing the kind of rigorous historical chronology practiced by Scaliger and Casaubon earlier in the century—Brydges himself did not emend texts and he loved the second-hand citation—I wondered why A Briefe Description had never been printed.

I also wondered why Brydges’ touchstone was still the Bible, when historians like Anthony Grafton have been able to demonstrate that the Bible had fallen out of favor among leading scholars as the most reliable account of ancient history in the early decades of the 17th century. Other problems stymied my progress and blocked my understanding of the manuscript: no one seemed to know who Francis Brydges was or where he lived. 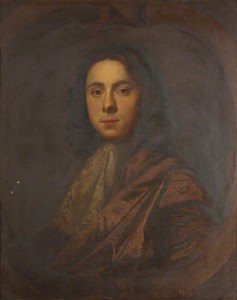 It wasn’t until this summer that I returned to the Newberry and was able to make a breakthrough: I found out that in 1678, Francis Brydges was a 17 year old member of a prominent Herefordshire family, and a cousin of the Ambassador to the Ottoman Empire. The medium of Brydges’ Briefe Description—in manuscript—and its outdated Bible-centric methodology made a lot more sense when I thought of the book as a schoolboy’s exercise intended for elite domestic use. And, of course, his family’s connections to the Orient and the trade monopolies they possessed through the Levant Company explained the Briefe Description’s exotic subject matter: I imagine Brydges’ book surrounded by other material goods related to the Middle East in the family’s home at Tyberton Court 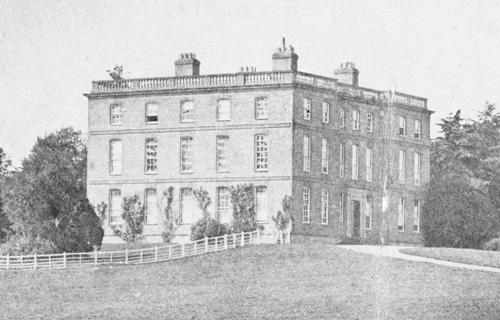 I realized that I was working with a fairly unique document that I had to teach myself how to read: the studies of 17th century manuscript culture I had come across focused on urban coterie poetry which had not been printed due to obscene or satirical content (usually both) and commonplace books; and the mainstream account of historical chronology concentrated (rightly) on urban and university centers with highly developed print cultures. Just by editing Brydges’ Briefe Description, I would be contributing something to our understanding of rural manuscript production, early modern pedagogy, and East/West relations in the late 17th century. I would also be providing an example of a relic of an earlier Christian humanism that had become outmoded in the republic of letters but still found a home in an elite domestic context.

My point in relating this I-hope-not-too-tedious archival anecdote is that graduate students who are wary of charging into another crowded theoretical joust but who still want to make a substantive intervention in their field should consider taking on a textual editing project. Under the pressure to create new ways to read and argue about the familiar texts of my discipline’s canon, I found some new material to work on, material that I could publish and let other scholars argue about. Instead of problematizing, I wanted to problem-solve.