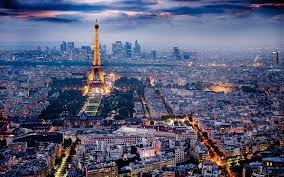 I have the pleasure of writing from France, where I will be spending the next two and a half months combining research and a little vacation with the family.  The history department here at UT, in all of its infinite wisdom, has awarded me the Galen Broeker research fellowship, and in order to show them they have made a good investment I will be blogging about my research trip, hopefully every day or every other day as internet access allows.  This will include some of the pictures I take at the various sites I will visit on my admittedly ambitious itinerary, and perhaps some of my research notes.

This is still the vacation portion of my trip, having arrived only yesterday mid-afternoon at my uncle and aunt’s house and still enjoying the glorious effects of jet-lag.  That being said, I am trying to have a productive little vacation in Paris, and so after spending the morning with my grandparents I went for a long and enjoyable walk through the 15th and 6th arrondisement of Paris.  My eventual goal was to go to the Pantheon and to Notre-Dame de Paris, which I’ve been to before many many times.  The Pantheon is incredible, especially being almost done reading Victor Hugo’s Les Miserables in French (he is, I believe, the only Frenchman who was buried there immediately upon his death rather than being moved there later). 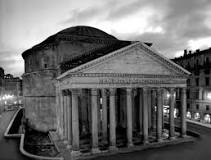 Continuing the Victor Hugo theme of my day (unintentionally), I went to Notre-Dame de Paris, one of the most beautiful churches in the world, in my opinion, and one of my favorite places in Paris:

Sadly, it is such a giant tourist attraction that it is hard to properly appreciate it.  Today, there was a huge set-up celebrating the 850th anniversary of its building n the square out front, and a celebration of the boulangers of Paris to the side, so it was even more crowded than usual, though the restoration of the exterior seems to be finished and it was amazing.  Inside, you hear more people speaking in English than in French.  Even so, the beauty and grandeur of the cathedral really resonates on a personal level; as was intended, you feel both incredibly small and in the presence of something majestic.

I went to two other churches, almost be accident.  I figured since I will be spending so much time walking that I should get in a couple of good hours today, so I strolled around the Latin Quarter and through the 6th arrondisement before heading back to base.  The first church, Saint-Severin, is a large enough church, Renaissance era, that apparently has some notable architectural features (according to the little brochure inside) but was mostly notable for being almost entirely empty.  I felt like I was actually inside a church for once: While strolling around, looking at the stained glass windows in the little side chapels, however, I saw something that I think was a good start for this trip: one of the chapel’s had a stained-glass window dedicated entirely to Mary Magdalene in Provence, preaching to a large crowd.

The other church was Saint Sulpice, built by Louis XIV and, despite being very large, a little more dilapidated than the churches I usually go to in Paris:

It had lovely stained glass windows with images of the saint’s of each chapel, but I thought the most meaningful sight in the cathedral was a plaque dedicate to the martyr’s of St. Sulpice, killed in 1792.  French history has a lot of dark little moments in it; the end of the 18th century is hardly a little one, and while Liberte, Egalite et Fraternite are things we live by, the way they arrived was an atrocity that is hard to forget.  Between the executions, church burning and the destruction of manuscripts, I think it would be hard for a medievalist not to have at least somewhat mixed feelings… Or perhaps I’ve simply read A Tale of Two Cities a few times too often.

In the future, I intend most if not all the photos to be my own, but it poured all day, so I was glad to leave my brand-new camera inside.

In any case, I’m planning on having my first experience at the BNF tomorrow, assuming I can force myself to get out of bed.  The summer is here! Now to work.